Be careful! Experiments for practical applications of tech trends in progress!

How can we improve document flows and creation even more? To answer that question, we do experiments in JuriBlox Labs. In cooperation with customers, we translate the latest trends and developments in legal technology into practical solutions. 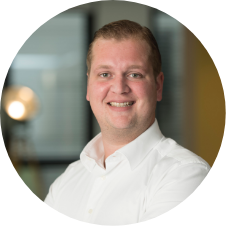 Be a pioneer in in legal tech

We experiment developments to implement practical solutions for your business

We cooperate with users to make our software smarter and better. In exchange for the anonymized use of your documents, you may use our software at no cost

What does the future hold for document automation and clever documents? You can experience it all with JuriBlox Labs!

NDA Lynn is an artificial Intelligence that reviews non-disclosure agreements (NDAs). Within only a couple of minutes, it give you advice on every provision in your confidentiality agreement: ‘acceptable’, ‘doubtful’, or ‘unacceptable’. NDA Lynn explains what the dealbreakers are and why, and also warns for other possible issues.

This new technology obtains its expertise from a database with knowledge derived from a neural network that is transformed into artificial intelligence. This neural network consists of a support vector machine, holding the contents of hundreds of pre-existing legal documents to map all existing interrelations.

That is how NDA Lynn distinguishes favorable from unfavorable provisions and recognizes whether an NDA protects either one or both parties.

Curious what our software can offer for your organization?

We are happy to show you the possible applications of our software to optimize your business processes. Please fill out the form below, so we can contact you to schedule a demo.

What do you get from a demo?